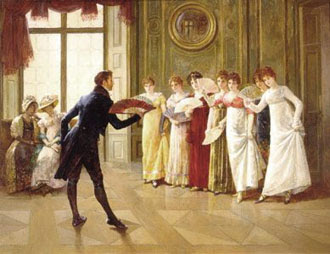 Many country towns had a monthly ball throughout the winter, in some of which the same apartment served for dancing and tea-room. Dinner parties more frequently ended with an extempore dance on the carpet, to the music of a harpsichord in the house, or a fiddle from the village. This was always supposed to be for the entertainment of the young people, but many, who had little pretension to youth, were very ready to join in it. There can be no doubt that Jane herself enjoyed dancing, for she attributes this taste to her favourite heroines; in most of her works, a ball or a private dance is mentioned, and made of importance.

Many things connected with the ball-rooms of those days have now passed into oblivion. The barbarous law which confined the lady to one partner throughout the evening must indeed have been abolished before Jane went to balls. It must be observed, however, that this custom was in one respect advantageous to the gentleman, inasmuch as it rendered his duties more practicable. He was bound to call upon his partner the next morning, and it must have been convenient to have only one lady for whom he was obliged

To gallop all the country over,
The last night’s partner to behold,
And humbly hope she caught no cold.

From the Memoirs of Jane Austen by J. Edward Austen-Leigh, p 34 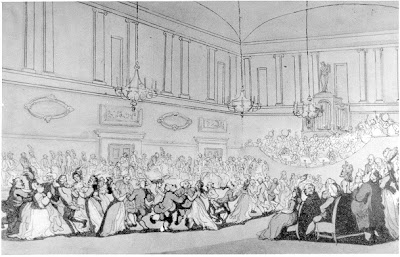 This is Mrs. Bennett's account to Mr. Bennett of the local Assembly Room ball when Jane met Mr. Bingley:

"Jane was so admired, nothing could be like it. Everybody said how well she looked; and Mr. Bingley thought her quite beautiful, and danced with her twice. Only think of that, my dear, he actually danced with her twice; and she was the only creature in the room that he asked a second time. First of all he asked Miss Lucas. I was so vexed to see him stand up with her, however, he did not admire her at all; indeed, nobody can, you know; and he seemed quite struck with Jane as she was going down the dance. So he inquired who she was, and got introduced, and asked her for the two next. Then the two third he danced with Miss King, and the two fourth with Maria Lucas, and the two fifth with Jane again, and the two sixth with Lizzy, and the Boulanger--'"

In a personal account, Jane writes of a ball she attended in 1799,

"We were very well entertained, and could have stayed longer, but for the arrival of my list shoes to convey me home, and I did not like to keep them waiting in the cold. The room was tolerable full, and the ball opened by Miss Glyn. The Miss Lances had partners, Captain Dauvergne's friend appeared in regimentals, Caroline Maitland had an officer to flirt with, and Mr. John Harrison was deputed by Captain Smith, himself being absent, to ask me to dance. Everything went well, you see, especially after we had tucked Mrs. Lance's neckerchief in behind, and fastened it with a pin." 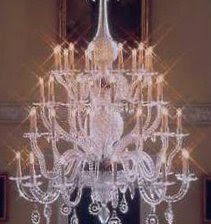 Click here to read more about dancing on this blog

Also click on this link to learn about the dances in Becoming Jane. The post is quite thorough and detailed.

Lovely post, as usual. You know what, it is fascinating that last night I was just writing an article re: dances in Becoming Jane. And when just now I wanted to post it, I went to your site, and saw this lovely post! So, I have incorporated your post in my post, as well as in the Becoming Jane Wikipedia http://en.wikipedia.org/wiki/Becoming_Jane

Thank you, icha, I am immensely flattered.