We met once briefly in Plymouth before your marriage at a gathering of a mutual acquaintance. On the basis of that short introduction, I feel free to impose myself upon you and ask for your sage advice (for you quite impressed me with your knowledgeable airs). My concerns may seem rather petty to you, but they are beginning to wear me down slowly, like rain on stone. I can no longer stand to be around my younger sister, Charity. We are in each other's company day and night, for we share a room. Charity copies everything I do - my clothes, my accessories, the ribbons and styles I choose for my bonnets, my speech and habits, the subjects I choose to paint or write about, the routine of my daily walk! I could go on and on. At first, I admit, I was flattered, but now she is like a shadow that haunts me.

The final straw came yesterday. As I was waiting in the drawing room, expecting my affianced to collect me at any moment for a ride, I spied Charity lurking outside in the shrubbery, wearing a similar riding habit as mine and with her back turned to our front drive. At that moment, my affianced arrived. The moment he spied Charity, he dismounted his horse, and mistaking her for me, strode towards her, swept her into his arms and kissed her! My gasp of horror echoed the look of horror on Mortimer's face (that is his name) when he realized his mistake. Poor Mortimer was mortified, and he has been apologizing to me ever since, for he saw me standing at the window.

As for Charity, I caught a glimpse of my sister's expression before she steeled it, and can only liken it to the smiling visage of a Cheshire cat. I believe she meant to cause this mischief on purpose, but towards what end I cannot tell, for Mortimer and I are as much in love as ever. Please advice me on my course of action regarding Charity. She is the apple of my parents' eye, so it is useless to tell them about her conduct. Should I confront her? Or simply ignore her? I would rather kill her, but that is not an acceptable course of action, nor is it considered polite.

Waiting with baited breath for your answer, 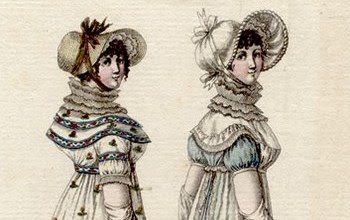 I regret to say that I do not remember ever meeting you, for certain it is that I have never been anywhere near Plymouth in my life. To be sure, my sister and her husband, Mr. and Mrs. Suckling, quite fly about the country in their barouche-landau; and I believe they have graced that part of the coast with their presence. Your story reminds me that there have been occasions when my sister, usually when meeting someone she deems unacceptable, and whom she does not care to meet again, gives my name as her own. As I know that I, Mrs. Elton, have never been introduced to a Miss Pynne, I believe you may in fact have met my sister, Mrs. Suckling, who allowed you to be under the misconception that she was myself. She has quite as knowledgeable airs as I do; and as to her pretending to be me, I can only attribute it to those high spirits that are what made her so much the beloved of Mr. Suckling.

As you have applied to me for advice, however, I will attempt to give it. It must be recollected that even the most superior of sisters, such as my dear Selina, and your dear Charity, sometimes will play the most mischievous tricks on such as ourselves. You seem to have been far more of a victim of this kind of deception than I have, and there is no doubt that Miss Charity's joke has been taken too far. Selina's was only the result of her high spirits and her extreme disinclination to meet strangers; but Miss Charity's enactments are of a far more perfidious nature. It seems to me that she may be trying to get your Mr. Mortimer for herself. Indeed, I believe this to be beyond doubt. The only answer for this kind of desperate situation is complete removal. As you would not wish to go from home yourself, and miss your best chance of Mr. Mortimer's shortly leading you to the altar, it is Miss Charity who must be removed. I should be quite willing, if you are agreeable, to write to my sister Mrs. Suckling, and procure an invitation for Miss Charity to make a long visit to Maple Grove, of some months duration. Selina always needs help with the children, and in visiting such a fine estate, and making herself useful, Miss Charity will have no leisure nor inclination to be the cause of any more trouble. By the time of her return, you and Mr. Mortimer will be married, and then it will no longer be of any import what freakish mischief-making the troublesome girl attempts.

Accept my best wishes for your health and happiness,

Mrs. Elton Sez is written/channeled by Austen-esque author Diana Birchall. Please join her on Tuesdays and Fridays for her sage and sometimes sardonic voice, as she graciously condescends to advise on a variety of subjects.
at 7/15/2008

I have just found your blog today, and love it!

Oh, Mrs. Elton, what a fine solution! I knew you were just the person to help me out of my predicament. Thank you ever so much,