The Darcys and the Bingleys: Available in September

Gentle Readers; September guarantees to be a good month for Austenesque releases. We've already reviewed Jane Eyre's Daughter, coming from SourceBooks, and have told you about Diana Birchall's book, Mrs. Elton in America. The Darcys and the Bingleys promises to provide hours of fun. I'm already reading it, and I can attest to the fact that Marsha Altman, the author, sets our familiar characters up in situations that will have you chuckling with laughter. The following words are from Marsha. We will post a review of the book soon, as well as an interview with the author, and a contest with two book giveaways! If you leave question about this book on our blog, Marsha will respond to them. (Please note: I added the images, not Marsha)

Hi! I’m Marsha Altman and the author of The Darcys and the Bingleys.

I imagine there will be a segment of blog readers who will respond to the idea of an Austen sequel with immediate derision. After all, Austen is sacred. Her work is untouchable, immortal, and no one is allowed to make a buck off her except every publishing company that puts out another overpriced edition of her work and every production company that makes an adaptation. And that person who made Pride and Prejudice tarot cards. 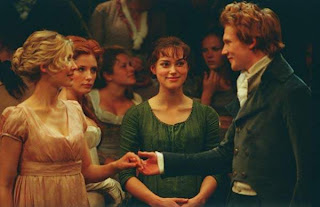 There is no way to keep in the spirit of Austen. We can try, in pale imitations, but we can’t recreate Regency period contemporary fiction, much less written by one of the world’s greatest novelists. Fan fiction (which my book originally was, and still is, albeit in a bound format) is not that and never was. It’s our mental break from the pain of separation from the characters when the book ends. The story is over. The characters, having taken on a life of their own, go on.

I never tried to imitate Austen’s style. Not only can it not be done, but I figured I wasn’t very good at it. I’m not big on descriptions, too dialogue-heavy, and my initial foray into Regency fiction was haphazard at best. Thank goodness for revision. Nonetheless I strove forward because writing dialogue of Darcy and Bingley bickering was a fun thing to do, and readers seemed to enjoy it, so everybody won. It wasn’t later that I tried to tell a larger story, dealing with other characters and new situations, and that went well enough that someone suggested I should try to publish it. The rest is both proverbial and literal history.

I wanted to tell a story about the characters. It’s not really much more complicated than that. My initial attraction to Bingley was how I felt he was side-stepped in Pride and Prejudice after the plot enviably swung towards the greatest romantic hero of all time, Darcy. Being Darcy’s best friend means you deserve a little more ink on the page, especially if you’re a good dramatic foil to him. That is not to say my book isn’t also about Elizabeth, Jane, the Bennets, the other Bingleys, the Hursts, the Collins, and even a few new characters. The focus shifts when it needs to, or when I found it interesting, but mostly when I found it funny. If I was asked if there was one thing I wanted fans to take away from the book, it would be at least one good laugh, probably at Darcy’s expense. It’s a pretty easy endeavor; Darcy’s high-horse is very high.

Email ThisBlogThis!Share to TwitterShare to FacebookShare to Pinterest
Labels: Jane Eyre' Daughter, Mrs. Elton in America, SourceBooks, The Darcys and the Bingleys

Thanks for your perspective. I have written quite a bit of fan fiction myself and am of the opinion that the individual pieces, and the published paraliterature, should each be examined on its own merits, rather than dismissed as a genre. There's an interesting book you might enjoy, The Democratic Genre by Sheenagh Pugh, which examines fan fiction (including Austen fanfic) as a literary genre. (Disclaimer: the author mentions one of my stories in the book.)

It astonishes me that you dismiss the Jane Austen Tarot so easily, though. I know the author and she is not only extremely knowledgeable about the tarot and a wonderful teacher (I've taken one of her classes) but she has a master's degree in English literature and is the most well-read person I know, in every genre and section of literature you can name. I saw her work in manuscript and thought it was terrific, and gives the Janeite not only insights into the tarot through her familiarity with the novels but insight into the novels themselves via the conventions of the tarot. It wouldn't have worked as well if someone who was not as knowledgeable about the novels, or who didn't have great insight about them, had done it. I encourage you to check it out!

I also know for a fact that she didn't do it for the money, but for love of Jane Austen and the tarot.

Best of luck with your book!