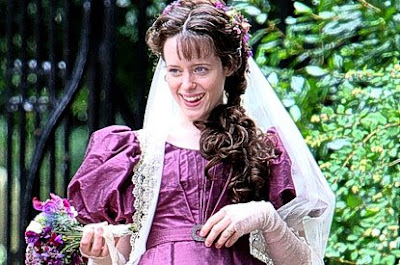 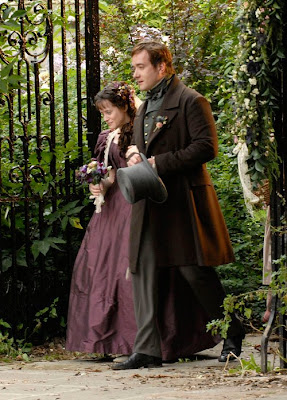 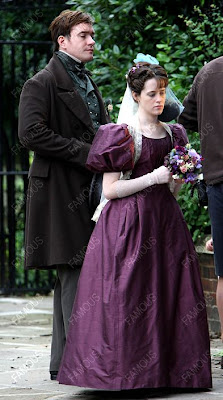 Oh, yes, Little Dorrit had a purply happy ending that culminated in Arthur's and Amy's wedding. If you missed crucial episodes this past month, PBS Masterpiece Classic will be showing the series in its entirety online until May 3rd. Click here to watch Little Dorrit all over again. 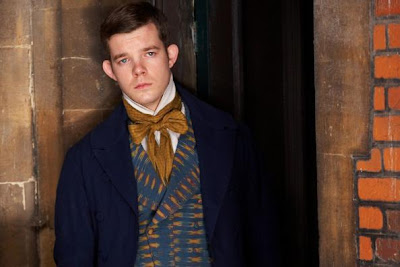 Most favorite minor character? In my estimation, Russell Tovey's interpretation of John Chivery as an earnest young man who could not hide his feelings for Amy was masterful. The tender love he expressed in a restrained but vulnerable way simply bowled me over, and the hurt he revealed as he escorted Arthur Clennam to the very same room where the Dorrits were incarcerated in the Marshalsea broke my heart. I will be following Russell's career as an actor with avid interest. 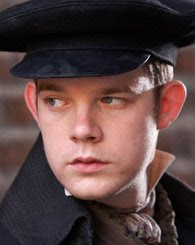 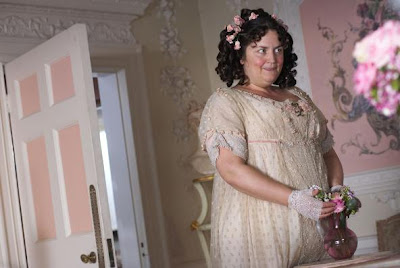 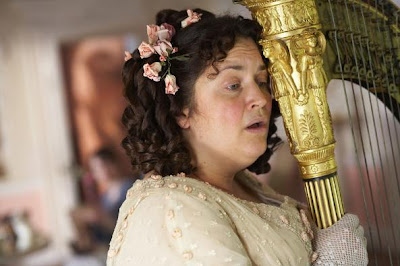 My second favorite minor character in this adaptation was Flora Finching. Poor deluded woman. Ruth Jones's sympathetic yet comic interpretation gave this sad character dignity. Yes she was pathetic, but she was sincere in her love for Arthur and good natured about having lost him to Amy. The fact that Flora was based on a real relationship in Dickens's life made Flora an even more interesting character to my mind. Keen observers will recall Ruth as Mrs. Durbeyfield, Tess's mother, in Tess of the D'Urbervilles.

I had never heard of Little Dorrit until you posted on it. What is it mainly about, if you don't mind.

Anon, it is a Charles Dickens classic about bankruptcy and financial ruin, and family plots and secrets. Some say it was his darkest book, but I think this BBC adaptation is brilliant. Because it is set at the end of the Regency Period and because PBS shows such good film adaptations, Laurel Ann and I have been reviewing it. Vic

Oh my goodness, thank you so much for linking to my Little Dorrit reviews! I am quite honored!!

I'd just like to specify that online episodes on the Masterpiece website are only available to viewers in the US... Bother!

And I completely agree that Russell Tovey was extraordinary in this series.

I agree about Russell Tovey. He touched my heart with his sensitive portrayal. I'll definitely keep an eye out for him in other productions.

Poor John... He was so wonderful but unlucky in love. Dickens always has a guy like that, Smike from Nicolas Nickleby, Mortimer Lightwood from Our Mutual Friend, Tom Pinch from Martian Chuzzelwit, and Sydney Carton from Tale of Two Cities.

BTW have you all seen these pictures taken at the filming of the new Emma?
http://www.pemberley.com/bin/emma/emma.cgi?read=30665

Thank you for the tip, Old Fashioned Girl. Those images are fabulous.

I have completely fallen in love with this series, and I'm currently reading the book. (Wrong order, don't you think?) All of the actors were superb, but I particularly enjoyed the man who played the part of the rent collector. So comedic!